It’s all women in the house until the sun goes down. That’s because the men (and Peggy Lou) are hunting. At least one of the hunters has already been successful. You can tell by the gutted carcass hanging from the rafters in the garage. My aunt’s kitchen is huge. There’s a wood stove in one corner and my uncle’s old recliner in another. There’s a rocking chair with a sleeping cat next to the table that is next to the wood stove, and there’s  a fat beagle asleep on the floor dreaming about running, his short little legs pounding the air. There’s a big Formica dining table against one wall, across from a refrigerator that is covered in photos and magnets. Next to the fridge is the stove, which is probably not good feng shui but magical smells are emanating from it, nonetheless. Next to the stove is the door to the shed, which has its own unique smell of stored vegetables, and the back wall of the kitchen houses the sink, cabinets and counters. Those cabinets are hiding all the pies. What you won’t find in the kitchen is fancy china, holiday decorations or a fall-themed centerpiece.

The women have music on…Elvis, Mel, Merle, Loretta, Kenny Rogers. My mother has seven children and I’m the youngest. My aunt has three. Aunt Lou, the third sister, has one son. She’ll dine with him and join us later. Everyone is talking and laughing and the phone on the wall rings every once in awhile, the caller asking who is there, do we need anything, and letting us know what time they might arrive. Some are playing cards for quarters and drinking coffee brandy with milk out of tall plastic tumblers and some are working. My mother is always one of the coffee brandy-drinking card players and my aunt’s daughters are always the workers, but there never seems to be any animosity around the division of labor. Some people like to play cards and others do not. I don’t like to play cards but I don’t like to work, either, so I wander into the living room where there might be some excitement happening with the cousins. If there’s snow, we might go slide on the big hill next to the house. If not, we might play on the rope swing out back or hide under the table, stealing dropped change, our big ears attuned to the adult conversation.

Pretty soon the sun drops and the hunters arrive, stamping their feet, removing their gear, stripping down the layers to wool socks, jeans, and flannel shirts. My uncle sits in his recliner and takes his time getting his boots off. Someone hands him a whiskey seven. The women shift about, setting the table and getting the food out. Someone finishes the gravy. At this house they make giblet gravy. It’s light colored and has suspicious bumps as compared to my father’s dark, velvety, giblet-free version. I eat it, lumps and all. Later, when I’m grown, I’ll make my father’s version but a part of me will long for the other flavor, which I never learned how to make.

There’s no rhyme or reason to the distribution of the meal. People take a plate and help themselves. The table has been pulled out to accommodate more people. As many adults as can gather there. The rest of us find seats wherever and dig in. It is all delicious, especially the stuffing, my favorite.  I’ll have seconds on that stuffing, thank you very much.

Then, the men relax and the women take turns clearing, washing and drying the dishes, even me, now that I’m old enough to contribute. Peggy-Lou, my big sister, is kind enough to come fetch me from the living room where I am enjoying myself. This is forever noted in my petulant adolescent mind. The table is down-sized again and the card-playing resumes.

The cleaning is finished and finally, thank God, it’s time for dessert. Out comes the Ambrosia. If you’ve never had this you must try it some day. It’s a salad made with fruit cocktail, mandarin oranges, whipped cream and tiny marshmallows. And out come the pies….what kind do you like? We have it, I’m sure. There’s apple, cherry (my favorite), chocolate cream (my brother’s favorite), mincemeat (nobody’s favorite), banana cream, and of course pumpkin. Actually, there’s pumpkin AND squash, not that anyone can tell the difference no matter what they say. The hardest part is deciding what to have first; the Ambrosia or the cherry pie? The second hardest part is deciding what to have second; the chocolate cream? The apple? More cherry? My uncle thinks I should have some mincemeat pie. He is incorrect.

It’s still early and people continue to arrive and depart throughout the evening. Someone might get out the snow mobiles and us kids will take turns riding through the woods, holding on tight to the waist of the uncle, brother or cousin in charge of driving. There may be some tobogganing and snowball fight or two, and then it’s back into the house to warm up. You ask me what I’m grateful for and I tell you that I’m grateful there’s more pie.

I’m grateful for a lot more than that. I just don’t know it yet. 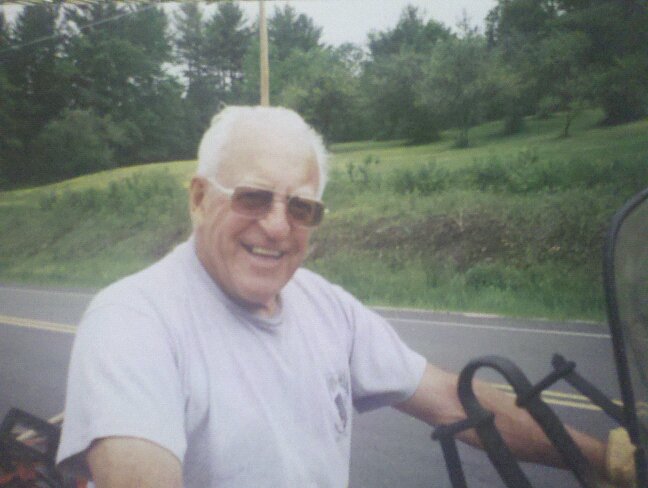